Retirement Dilemma - Where Did All My Money Go?

When you speak with a lot of retirees who were terrible at retirement planning, you get a sense that many of them used to have a lot of money when they were still in paid employment.

Unfortunately, they cannot account for what happened to all the money they made while they were in paid employment.

You begin to wonder, "where did all their money go?"

The dilemma is this: Even these retirees who used to be wealthy while in paid employment cannot answer that question. They are just as perplexed as you.

One thing I find common among this group of retirees is this: they had a great time when they were still in paid employment.

As some people would say, "these group of employees rocked life!"

After about 10 to 15 years of retirement (and faced with the stark reality of life after retirement), many of these employees who were once wealthy because they had a lucrative salary wish they had lived their life differently.

They have huge regrets!

Retirement Mistakes - Learn From Others Before You

The reality is this: millions of employees are making the exact same retirement planning mistakes that these retirees made.

Millions of employees worldwide are displaying the exact same lack of foresight that led millions of retirees to the pitiably broke state they are right now.

My advice is simple: Learn from the mistakes of the employees before you.

It is costly to attempt to learn from your own financial mismanagement mistake because it may be too late to correct them by the time you realise that you're on the wrong path.

The first step to avoiding the terrible retirement planning mistakes of the employees before you is to stop believing that retirement is still faraway.

Understand that retirement may be closer than you think, especially if you're not the founder and CEO of the company you work for.

Second, free yourself from the employee mindset disease . . . the belief that the best way to make money is to get a paid job with job security and a lucrative remuneration package.

Why is the employee mindset disease such a terrible mind disease?

There are two key reasons why you must absolutely and urgently free yourself from the employee mindset disease:

2. It limits you to just one source of income, the salary you get paid by your employer

3. It will disappoint you when you're old, weak and sickly. At the very most, it will pay you a regular salary until you're 65. Thereafter, it will abandon you to your fate.

Getting a job and staying stuck with that job for 40 years with the exclusion of everything else is the recipe for financial disaster after retirement.

That is the mistake that millions of employees before you made. And that is why the world is saddled with millions of miserably poor old people who are reasonably healthy but are too brainwashed by our school system to do anything creative that will generate income for them outside the four walls of an employer's business.

Now they wonder, "where did all my money go!"

If the only way you know of to make money is through a paid job . . .

1. You will be at the mercy of your employers all your life and

2. Your retirement life will be marked by a glaring lack of cash and that will make you feel terrible

If your salary is your only source of income, you will get miserably broke after you retire and you will eventually hate yourself for it.

My advice for you is simple: Set yourself free.

Learn how to make money from different sources outside of your paid job.

Learn how to create value for people outside of your paid job and then get paid pretty well for the value you create.

When you finally perfect the act of creating value for thousands of people (within and outside your country) and you also perfect the act of collecting cash for the value you create, you will discover that money will start rolling into your bank account from multiple sources.

Before you know it, you will not need your employer anymore.

In fact, hundreds of people will start approaching you begging to work for you.

Pause and think about that.

People actually approaching you and begging to work for you.

That will be deeply satisfying!

Become a self-made CEO like Samson Itoje, the CEO of this retirement planning guide (selfmaderetiree.com) and the parent company, Erimama Investment Company Limited.

You have that creative ability within you.

Set your heart on it. And it will come to pass.

Join in and write your own page! It's easy to do. How? Simply click here to return to Retirement Planning Help. 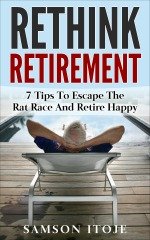 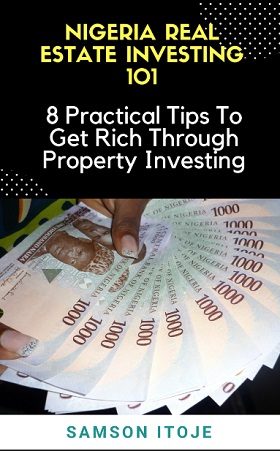 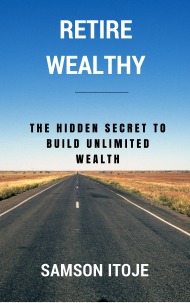 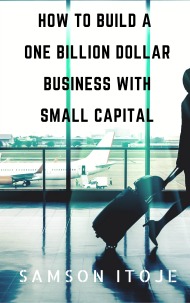 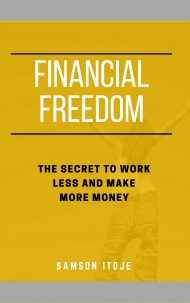 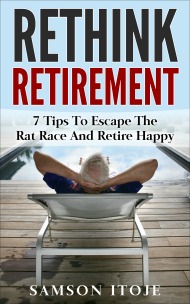 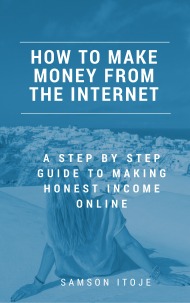